“The evening’s hero was Palmer himself, shaping the performance with fluency and authority, and eliciting splendid playing from the orchestra.  The first sign of things to come, in fact, was the superb rendition of the Act I prelude, done with a robustness and clarity that most ensembles could only envy.” –Joshua Kosman San Francisco Chronicle

Barnaby Palmer has received critical acclaim both as an orchestral and operatic conductor. Making his debut at the Shanghai Symphony Hall in 2015, Barnaby became Resident Conductor of the SHIYO Symphony Orchestra, Shanghai. 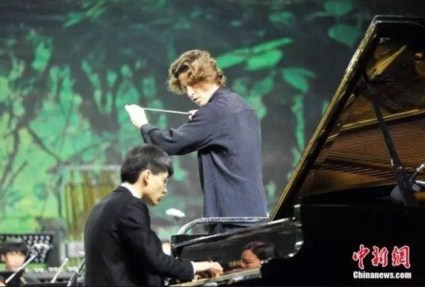 From 2011-2013, Barnaby served as Assistant Conductor for the Budapest Festival Orchestra and participated in numerous European tours. From 2002-2011, he held the position of Artistic Director at San Francisco Lyric Opera and conducted over 35 new productions with that organization.

Born in Hong Kong and raised in the Bay Area, Barnaby attended Interlochen Arts Academy for High School, Cleveland Institute of Music for his undergraduate degree, and University of Michigan for graduate studies. He studied conducting with Alan Gilbert, Rossen Milanov, Larry Rachleff and Michael Morgan.